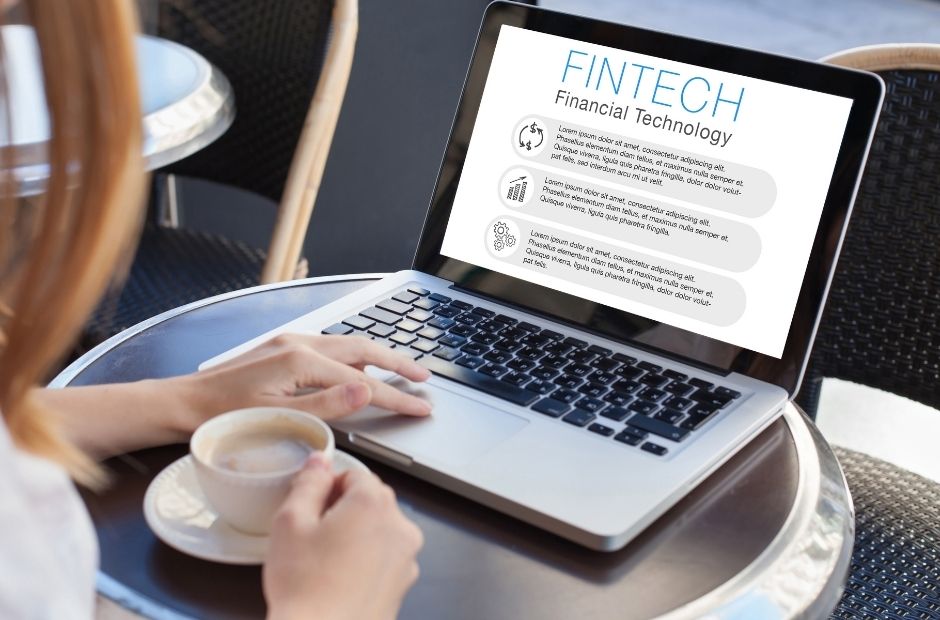 3 Successful FinTech Growth Hacks to Give You Inspiration

As a FinTech entrepreneur with a brand new software solution that’s going to save people thousands and make you millions, you can hardly wait for that moment when the word is finally out there and the customers come flooding in.

But it hasn’t happened yet.

There’s nothing wrong with your product or service – in fact, it’s brilliant! – you’ve secured growth investment, you’ve got drive, expertise, and belief. But, at the moment, your new customer acquisition rate isn’t going up at the rate you’d like it to, and know it could.

And so, with everything else looking so positive, there’s only one thing that must be lacking – a decent FinTech inbound marketing strategy.

Now, there are many approaches that you can take when it comes to building a solid FinTech inbound marketing strategy – but today, you want to know how you can win the biggest number of customers in the shortest amount of time. And that means growth hacking.

In truth, though many people for some reason like to conflate the two, inbound marketing and growth hacking are completely separate disciplines, with different targets and different goals.

Inbound marketing is a practice that looks to achieve sustained business growth over a long period of time; growth hacking, by contrast, keeps its eyes on the short-term, aiming to acquire as many new customers as rapidly as possible – by any means necessary.

The best marketing strategies for any type of online business will encompass both tactics – but today, it’s specifically FinTech growth hacks that we will be focussing on.

There are many FinTech growth hacking techniques that we could explore and unpick – but sometimes we can learn more by looking at examples of what other companies have done well, and then considering how we can, frankly, steal those ideas and use them ourselves.

Yes. There’s nothing unethical about it – artists have been doing it for centuries, so why shouldn’t marketers? So let’s take a look at some successful FinTech growth hacks that we can take inspiration from steal for our own purposes.

Blueleaf is a financial planning platform with a difference – the only way you can access it is by getting an exclusive invite either from the company itself, or from an existing user.

And so, straight away we begin to see one of the FinTech growth hacks at play – there’s a sense of exclusivity built right into the Blueleaf business and marketing model.

In terms of FinTech growth hacks, the trick is always to try and get people to sign up for your service today rather than tomorrow. Landing pages can do so much, but even the best ones are never really going to create that true sense of urgency amongst your prospects – an element that is imperative for this brilliantly conceived FinTech growth hack from Blueleaf.

Here’s how Sachin Agarwal, former Director of Marketing at Blueleaf, described the company’s tactic in an article for Business Insider – ‘How We Signed Up 10,000 Users Before We Even Launched’ – in 2010:

“There are two ways to get into Blueleaf: get an invite from us, or get an invite from a current user. We let in a limited number of users every week, and we choose who we let in based on how much they want in. Only people who request an invite and follow us on Twitter, Like us on Facebook, or otherwise make it clear that they want in, get in. This means they have to sign up with us and tell everyone else about us before they can get in.”

And so here’s the FinTech growth hack – make it imperative that your prospects are spreading the word about your business at the same time as they are trying to sign up. This is a tactic that Blueleaf bolstered with a strategy to only open the ‘invite-a-friend’ window for just a couple of hours at a time. This way, at these exclusive times, those people who really did want to gain access to Blueleaf were sent into a frenzy across social trying to find someone to invite them – creating intrigue amongst followers (“What is this Blueleaf thing that Joe is so keen to get in on? Best take a look myself…”) and thusly spreading the word.

Genius – and yours for the stealing.

As FinTech growth hacks go, this one dates back to a time probably before the term “FinTech” had even been coined (actually I’ve just Googled it, and its first recorded use was in the 80s by Peter Knight in the Sunday Times – but no matter, it’s a nice piece of trivia at any rate).

Anyway, this FinTech growth hack from PayPal does predate the coining of the term “growth hacking” (for which Sean Ellis takes the credit back in 2010 (you learn a lot from these Incisive Edge blogs, don’t you?!)).

It was the early 2000s. PayPal hadn’t long been in existence. They knew they were onto a good thing, and had first-to-market advantage. But who knew when a copycat company would emerge? PayPal needed to solidify its position – fast.

So, what did PayPal do? Leverage the very thing the company was built on – cash.

PayPal’s FinTech growth hack was extremely simple, yet incredibly effective – pay $20 to each new person who signed up, and another $20 for referring their friends.

The result? Paying for referrals enabled PayPal to achieve 7% to 10% DAILY growth, very quickly skyrocketing the service from 1 million users in March 2000, to 5 million users in the summer of the same year. A truly successful FinTech growth hack.

Over time, the reward scheme dropped to $10, then to $5, and then disappeared altogether. But it didn’t matter, for by then the PayPal network was so big that it had enough value in its own right, so cash incentives were no longer necessary.

As you may imagine, it cost PayPal a pretty penny – $60 - $70 million all told. But, it paid off. Today, PayPal has 192 million active users – and the network continues to grow and grow and grow. So here’s your FinTech growth hack – reward new customers and referrals. You might not have $70 million to play with, but you will have a marketing budget of some kind, and when it comes to FinTech growth hacking, you can’t be afraid to spend.

This FinTech growth hack is one that you can use steal if your product has yet to launch, but want to get as many people on your waiting list as possible.

Now, you might think that there’s very little you can offer customers who aren’t even actual customers yet. But, mobile trading app Robinhood figured out that there was much value to be had in gamifying the waiting list process.

Before the product was launched, Robinhood decided to gamify the promotion of the product’s landing page. Those waiting eagerly to gain access to the app were bumped up the list in accordance with how many of their friends they successfully referred.

The trick, though, was through the gamification of the process. Each person who signed up was presented with a thank you message, and the number of people already on the waiting list (i.e. providing the social proof that Robinhood was worth waiting for). But, if you wanted to jump the queue, all you had to do was refer your friends – and the CTA buttons made it extremely simple for users to do so.

“They [i.e. Robinhood] currently have over 300,000 people on a wait list for a stock brokerage related product and are adding more than 1,000 people per day – and the product isn't even available yet. In a recent interview, one of the team members claims about half of their signups have come through tracked links (that include referral incentives to jump ahead in line). This is worth studying if you are launching a product.”

Indeed, this FinTech growth hack is in fact best described as a launch hack. Gamification taps into our competitive nature, and users are receptive to a little friendly competition.

Steal the idea for the launch of your new FinTech venture, and get tons of free traffic before you’ve even uttered the word “Go”.

The Essential Guide: To Optimizing Your Multi Buyer Journey

8 Examples of the Best Remarketing Banners 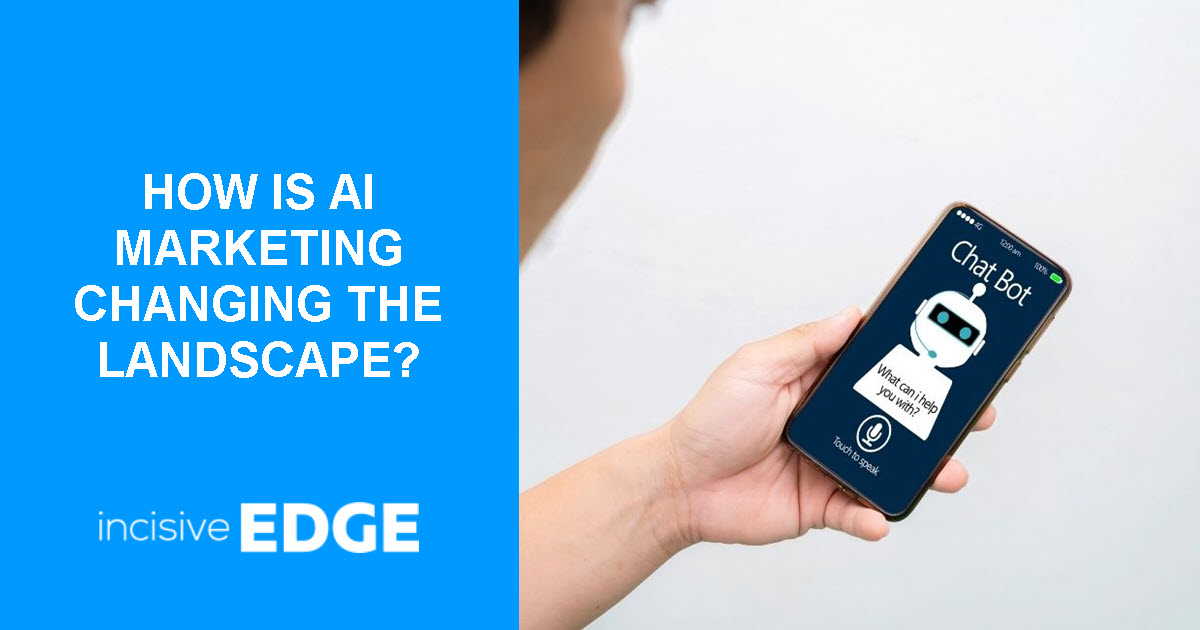 HOW IS AI MARKETING CHANGING THE LANDSCAPE?