So, you’ve just launched your brand new solution into the wild. Congratulations! You’re in business.

Well, naturally, you need to start onboarding as many new users as fast as you can.

You look around at the successes of the likes of Uber and Airbnb and know that it’s possible to go from zero to squillions very quickly indeed. You also know, however, that as innovative as these companies’ offerings are, they didn’t achieve the monumental growth they did by resting on their laurels – so you can’t either.

But, what’s the secret to becoming a headline-making overnight success?

Ok, in truth, any tech company that manages to skyrocket to dizzying new heights over a short timeframe will have undoubtedly been blessed with a near-perfect set of market conditions that enabled it all to happen. With a company like Uber, for instance, they had the right product at the right time with the right resources to market it to the right people in the right places.

Everything was just right, in short.

But, just because such impeccable fortunes can’t favour us all, doesn’t mean that determined entrepreneurs like your good selves can’t bend the market to your will with a strong growth hacking strategy (or three). It’s all about pushing the boundaries of what you thought was possible when you were struggling to find a way out of the launch phase.

And indeed – let’s not beat around the bush here – getting out of the launch phase is no mean feat, and some startups can find themselves stuck there almost indefinitely. Building a strong demand for your product means amassing huge swathes of early adopters, converting them into loyal customers, and subsequently transforming a decent chunk of this base into dedicated brand evangelists.

And that, of course, is not going to happen overnight. Take a look at the image below. This is Gartner’s Hype Cycle, which is basically a graphical representation of the five key stages of adoption when a new piece of tech enters the market. Growth hacking tactics, in Gartner’s model, are most frequently used during the technology trigger stage (which is the very beginnings of a tech company when there is lots of hype, but commercial viability of the product/business has yet to be proven) and the subsequent peak of inflated expectations stage (which is when rapid adoption takes place, and the new tech is truly put to the test).

However, in truth, growth hacking tactics can and should be used at all stages of a tech company’s lifecycle – there’s never a bad time to aim for more growth, right?

For indeed, the key takeaway form Gartner’s research is that building demand for your new tech product is a long and sustained process.

So, what growth hacking tactics can tech companies start to employ, whether trying to gain initial traction at early business stages, or aiming to drive new growth spurts a little further down the line?

“A funny cat video might go viral by chance, but not a software product.”

So it is written in the Kissmetrics blog, and it is true. Having a product that “goes viral” does not happen as a result of good luck. Virality needs to be baked right into the product.

Some products, of course, will have more of a natural tendency to go viral than others – social networks, communication apps, etc., these things only work when there are plenty of participants. But, even if your software product doesn’t require users to collaborate in some form with one another, this doesn’t mean that you can’t engineer or force virality to happen.

What you need to do is incentivise sharing in some way. If you’re making games apps, then you could configure things so that when a user reaches a certain point, they have to invite a new user in order to progress. True, you may irritate some users in this manner, but if your product is good enough, and you make it very simple for existing users to invite new ones, then you will likely gain more new users than lose existing ones.

Another option is to go down the Uber route and offer rewards – even cash rewards – to users who make referrals. This is the exact same growth hacking tactic that PayPal used in its early stages – read about it and two other inspiring FinTech growth hacks here.

Talking of PayPal, you will of course remember that the company also managed to get some serious traction and truly make a name for itself through its strategic partnership with eBay – in fact eBay soon bought PayPal, and it became the number one payment method for the trading site throughout the noughties and beyond.

The effect was that PayPal appeared to be more popular than it perhaps really was, but, more importantly, as the eBay phenomenon took off, it got both eBay buyers and sellers actually using the PayPal service.

And there are other examples of meaningful collaborations between tech companies that have been used for growth hacking purposes. The feature enabled Spotify users to listen to their favourite artists, and, at the same time, learn more from Genius about what inspired the lyrics – a cool, fun and interesting project born from a partnership of two players in the same space (music, by the way). But of course, the growth hack is that both Spotify and Genius benefitted from exposure to the other’s audience.

Who are your potential collaborators? Perhaps they’d consider a joint growth hacking project to give both of your companies a boost. If you’ve got a product that would complement another in the market, reach out to that business, and see if you can thrash out some kind of deal where you can combine your respective audiences.

Guest posting may perhaps seem more like an inbound marketing strategy than a growth hack – but it all depends how seriously you take the practice.

Leo Widrich tells the now-famous tale of how guest posting skyrocketed the social media sharing app Buffer from zero to hero when they first launched the company.

“Solely through guest blogging we’ve acquired around 100,000 users within the first 9 months of running Buffer,” Widrich tells Search Engine Watch in an interview in 2012.

What growth hackers must understand, however, is the amount of work that went into achieving this feat. For indeed, they didn’t just write one or two guest posts, but 150 over that 9-month period. “Of course the early ones barely drove any traffic and only very gradually did things improve,” says Widrich. “I think that’s very important to understand. It will take a while until you can find the right frequency of posting.”

Guest posting, as you may or may not know, is not always easy. For indeed, it’s not simply a matter of writing a good blog post, but actually persuading webmasters to accept the posts on their sites. But Widrich was good enough to reproduce an actual email pitch he used to get his posts live on third-party sites: Short, sweet, complimentary without going OTT or coming across as creepy seems to be the winning formula here. Use it as guide when pitching your own guest posts.

Buffer now has a user base that runs into its millions, and this early stage guest posting growth hack is where it all began.

The beauty of guest posting is that you expose yourself to so many different audiences. Persist, choose the right target sites, write great content, and you’ll soon get users flooding to your doors.

Growth hacking takes many forms. Tech companies looking for rapid growth at any stage of their business should consider forging new partnerships with other industry players, and come up with interesting and incentivising referral plans to spark off some virality. Guest posting, however, remains the most affordable growth hack going – though you’ll have to put the hours in.

Why You Need a Segmentation Framework 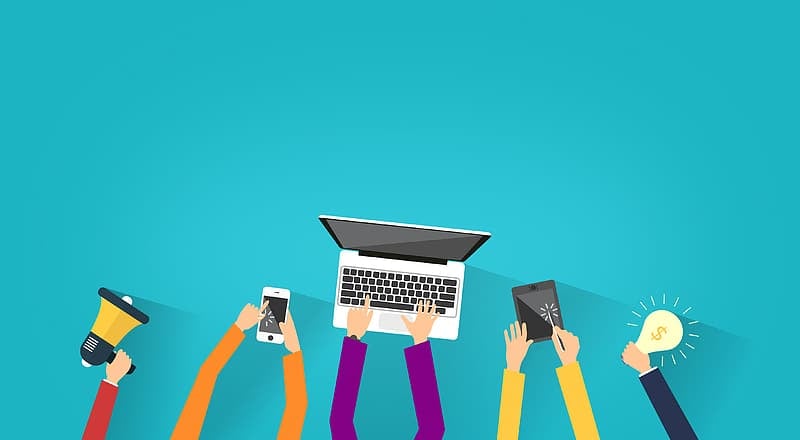 8 Examples of the Best Remarketing Banners

What Inbound Marketing Technology is Needed?